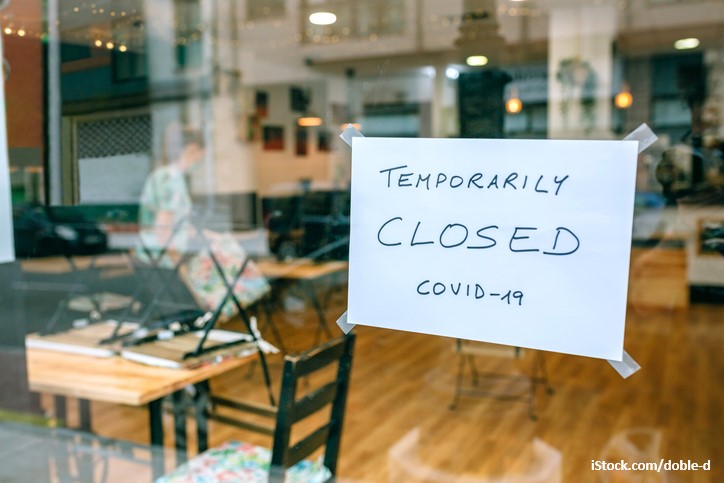 Both last year and this spring, Germany was in lockdown. A large number of businesses, especially retail stores, restaurants and hotels, were therefore forced to close for extended periods. Many employers sent their employees into short-time work and the employees received short-time allowance. In some cases, however, it was not possible to order short-time work or to receive short-time allowance (e.g. in the case of marginally employed workers). In these cases, the question arose whether the already financially strapped employers had to continue to pay their employees. The Federal Labor Court has now issued a pleasing ruling for employers.

In labor law, the principle of "no work, no pay" applies. If an employee does not work, he is not to be paid. However, this principle does not apply without restrictions. For example, employees retain their entitlement to remuneration despite inactivity if they are unable to work for operational reasons (e.g. in the event of power failure, fire damage, disruption of operating equipment or force majeure such as natural disasters). Employers must bear the risk of such operational disruptions.

What did the Federal Labor Court decide?

The subject of the decision of the Federal Labor Court of 13 October 2021 is a wage claim of a marginally employed person working in a shop for sewing machines and accessories. In April 2020, the shop had to close due to the lockdown. The employer stopped paying wages for the period of the lockdown. The plaintiff then brought an action for payment of what she considered to be outstanding wages and was upheld at the first two instances. Both courts considered the ordered plant closure and the resulting loss of working hours to be the realization of an operational risk to be borne by the employer.

However, the BAG now sees things differently and dismisses the action. The reasons for the ruling are not yet available. In its press release, however, the BAG states that a work stoppage caused by a lockdown is not a risk inherent in the employer's business. The impossibility of work performance was rather the consequence of a sovereign intervention by the state to combat a considerable risk situation. It is therefore for the State to ensure compensation for the financial disadvantages suffered by employees.

What are the consequences?

The ruling of the BAG is surprising. Up to now, the courts as well as voices in the literature have widely assumed that an operational risk is also realised in the case of officially ordered closures, so that employers must continue to remunerate their employees.[1] In our view, however, the Federal Labor Court correctly comes to the conclusion in its ruling that the plaintiff has no further claims to remuneration. The immediate reason for the plant closure and the resulting loss of work was not the Corona pandemic, but the state's decision to impose a nationwide lockdown. However, the reasons for this decision by the state were not within the workplace sphere. The principle of "no work, no pay" must therefore be applied.

If employers have continued to pay their employees despite the closure of the company, it must be examined whether and to what extent claims for repayment can be asserted. In any case, quick action would be advisable here.

Please do not hesitate to contact us if you have any questions.