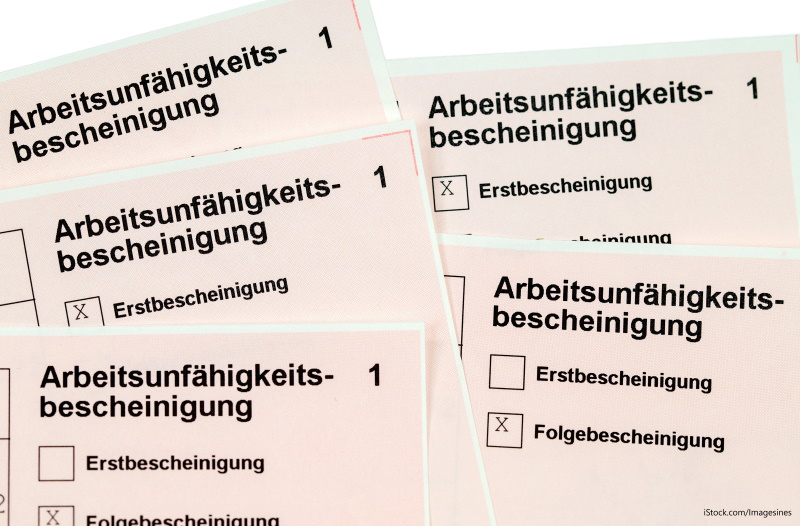 In practice, employees often take sick leave immediately after receiving notice of termination and submit a certificate of incapacity for work (sick note). It is not uncommon for them to be on sick leave until the end of the notice period and the employer is obliged to continue to pay remuneration until the termination date without receiving any work performance. Under certain circumstances, outstanding vacation must then be compensated.

In the case of a sick leave immediately after the dismissal, the suspicion is obvious that there is only a feigned incapacity to work and that the employee is actually not ill at all. Until now, employers have had poor chances before labor courts if they refused continued payment of remuneration. However, a new decision of the Federal Labor Court (Bundesarbeitsgericht) of 8 September 2021 (5 AZR 149/21) has improved the chances of success.

What did the Federal Labor Court decide?

The subject of the decision of the Federal Labor Court of 8 September 2021 is the evidential value of a sick note immediately after receipt of a notice of termination. The plaintiff employee has been employed as a commercial employee since the end of 2018. She terminates the employment relationship on 8 February 2019 with effect from 22 February 2019 and at the same time submits a sick note. The certificate exactly covers the notice period. The defendant employer refuses to continue to pay remuneration, as he does not believe that she is unable to work. The employee claims that she is facing a burnout and is duly on sick leave.

The employee's claim for payment was initially upheld at first and second instance. According to the Braunschweig Labor Court [3] and the Lower Saxony Regional Labor Court [4], the sick note provided proof of the employee's incapacity for work and the employer was not able to shake the evidential value of the certificate. The mere fact that the sick note covered exactly the remaining term of the employment relationship did not give rise to serious doubts as to the correctness of the certificate.

The 5th Senate of the Federal Labor Court sees things differently. The judgement is not yet available. However, according to the press release [5], the evidential value of a sick note can be shaken, in particular, if the sick note precisely covers the duration of the notice period. Since the evidential value of the sick note is shaken, the employee would have had to provide detailed information on the reasons for her illness and on her inability to work. The proof could have been provided in particular by questioning the treating doctor after release from his obligation to maintain secrecy. Despite the court's instructions, the employee did not provide more detailed information on her illness. Her action was therefore to be dismissed.

What are the consequences?

The decision strengthens the rights of employers and puts a stop to abusive sick leave after a notice of termination has been issued. It remains to be seen whether the courts of instance will become bolder and accept reasonable doubts about sick notes more frequently than before.

Please do not hesitate to contact us if you have any questions.

[2] Doubts may arise, for example, if the illness is announced, if the illness occurs before or after a holiday or if leisure activities are incompatible with the sick leave.