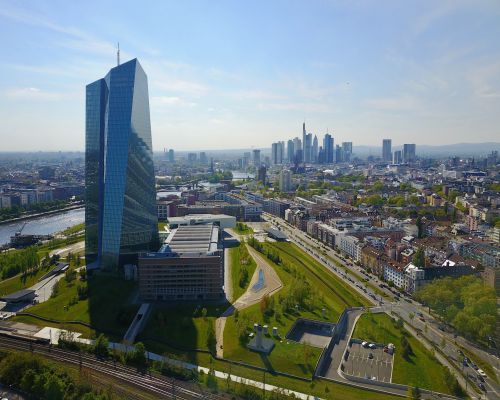 Landeskreditbank Baden-Württemberg ("L-Bank") is subject to direct supervision by the European Central Bank ("ECB"). The European Court of Justice ("ECJ") ruled that the ECB had correctly assessed the L-Bank as an important institution and was therefore subject to direct supervision by the ECB (ECJ, judgment of 8 May 2019 - C-450/17 P). However, the imminent amendment of the Capital Requirements Directive is likely end this period of direct ECB-regulation shortly.

The subject of the dispute was an ECB decision of 05 January 2015 in which it classified L-Bank as a "significant credit institution" with the consequence that it is subject to the direct supervision of the ECB. ECB's decision was taken on the basis of the SSM Regulation, which was created in response to the economic and financial crisis and places the EU's largest banks under the supervision of the ECB. This applies in particular to "major banks" with a balance sheet total of over 30 billion euros. The balance sheet total of L-Bank amounts to more than 70 billion euros.

The L-Bank appealed against the ECB's decision. According to L-Bank, there are special circumstances and it should therefore be classified as a less significant credit institution. Due to its business model as a State development bank, it has a lower risk profile, for which supervision by the national authorities alone is sufficient. Under the statute establishing the L-Bank (Landeskreditbankgesetz Baden-Württemberg), the German state of Baden-Württemberg is obliged vis-à-vis the bank to safeguard its economic basis at all times and to keep it functioning for the entire duration of its existence. The bank is therefor able to refinance its business at the same terms as the state Baden-Württemberg. In addition, the country is liable externally if creditors cannot satisfy themselves from the assets of the bank.

The ECJ rejected L-Bank's claim that there were special circumstances which would lead to a classification of L-Bank as a less important institution within the meaning of the SSM Regulation. The low-risk business model was irrelevant for the assessment of significance, since there was no obligation to assess the need for direct supervision by the ECB to ensure financial stability according to the wording of the regulation. It would also be contrary to the principle of proportionality to classify a credit institution classified as significant as insignificant only because the objectives of the SSM Regulation could just as easily be achieved by supervision of the competent national authorities. This were proportionate only if supervision by the national authorities would enable the objectives pursued by the 'SSM Regulation' to be better achieved. However, L-Bank had not submitted this argument.

Nevertheless, the L-Bank will soon be removed from the ECB's supervision by other means. Following the already adopted amendment of the Capital Requirements Directive (CRD), the L-Bank will be explicitly excluded from the scope of CRD. This also removes the ECB's direct oversight under the SSM Regulation.