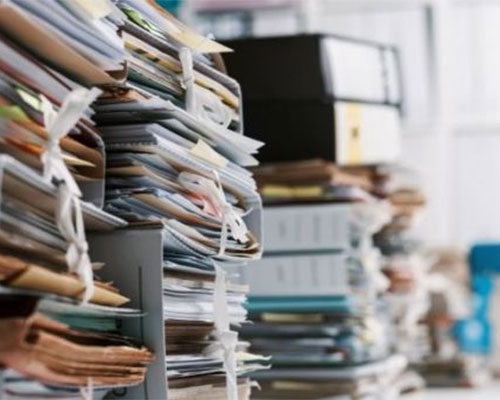 According to Sec. 1 of the Freedom of Information Act (Informationsfreiheitsgesetz "IFG"), everyone has the right to access official information in accordance with the further requirements of the Act. In principle, the files held by an the German Federal Financial Supervisory Authority are also covered by the right to information.

Notwithstanding that, the files kept by the Federal Financial Supervisory Authority (Bundesanstalt für Finanzdienstleistungsaufsicht "BaFin") are protected pursuant to Section 3 No. 4 IFG in conjunction with Section 9 of the German Banking Act (Kreditwesengesetz "KWG"). There is a special duty of confidentiality for all parties involved, which prevents access to the information available at BaFin. The purpose of this confidentiality is to promote communication between BaFin and the institutions it supervises. If the supervised entities cannot rely on the confidential nature of the information they disclose, BaFin may be deprived of information relevant to supervision for business policy reasons.

Also, on the basis of earlier case law of the European Court of Justice ("ECJ"), the list of exceptions to the duty of confidentiality in Sec. 9 KWG has been interpreted as conclusive, a publication of the information to everyone in accordance with Sec. 1 IFG was thus ruled out. On the basis of these considerations, there has so far been a broad consensus that the information held by BaFin cannot be the subject of information claims under the IFG.

This view was surprisingly opposed by the ECJ in its ruling of 19.06.2018. The regulations, the implementation of which Sec. 9 KWG serves, did not contain a general rule according to which all information available at BaFin is confidential. Rather, this is the case only for information which, firstly, is not publicly available and the disclosure of which, secondly, risks harming the interests of the natural or legal persons who supplied it, or jeopardising the interests of third parties, or the proper functioning of the system of supervision of financial service providers established by the EU legislator. In addition, the ECJ has ruled that information held by supervisory authorities that are at least five years old is no longer current and therefore no longer confidential due to the passage of time.

The decision of the ECJ was based on a preliminary ruling by the German Federal Administrative Court, so it remains to be seen how the Federal Administrative Court will process the ECJ's assessment in its own decision. However, the defence against information claims by everyone by referring to the obligation to confidentiality seems to have become considerably more difficult.